If you’ve been around lately, you know that last month I took a food sensitivity test with EverlyWell. After months trial and error and seizing a moment of curiosity and frustration, I poked around the inter webs for a discount code and broke down to buy the test. One discount (feel free to use my link* with the code: Everly for 12% off) and a few days later, I found myself pricking my finger and mailing my blood off to a random lab. Sounds a bit like an episode of Orphan Black but oh well. I did a full review on the test on my youtube channel. If you haven’t watched it already and want to check it out, just click here.

I’m about a month into my elimination diet and post testing. So it seemed like a good time to give you and update and explain anything I missed the first time around. But first, let’s do a little recap.

Food sensitivity tests are limited in some ways because they can really only ascertain results if you eat the foods. Because I’ve been dairy free for almost 4 years, it was highly unlikely that I would test positive for a dairy sensitivity. As well as, some things can cause false results such as a reaction to certain fish oils. I take cod liver oil as a part of my supplements to heal my teeth. This may be the reason for my reaction to the test because of the higher levels.

There are 4 categories you can test in with EverlyWell. Luckily, I didn’t have anything they considered to be highly reactive. However, I was surprised to find that I did have 4 moderate reactivities: gluten, wheat, malt and cinnamon. Honestly, I’m still a bit outraged about the cinnamon. 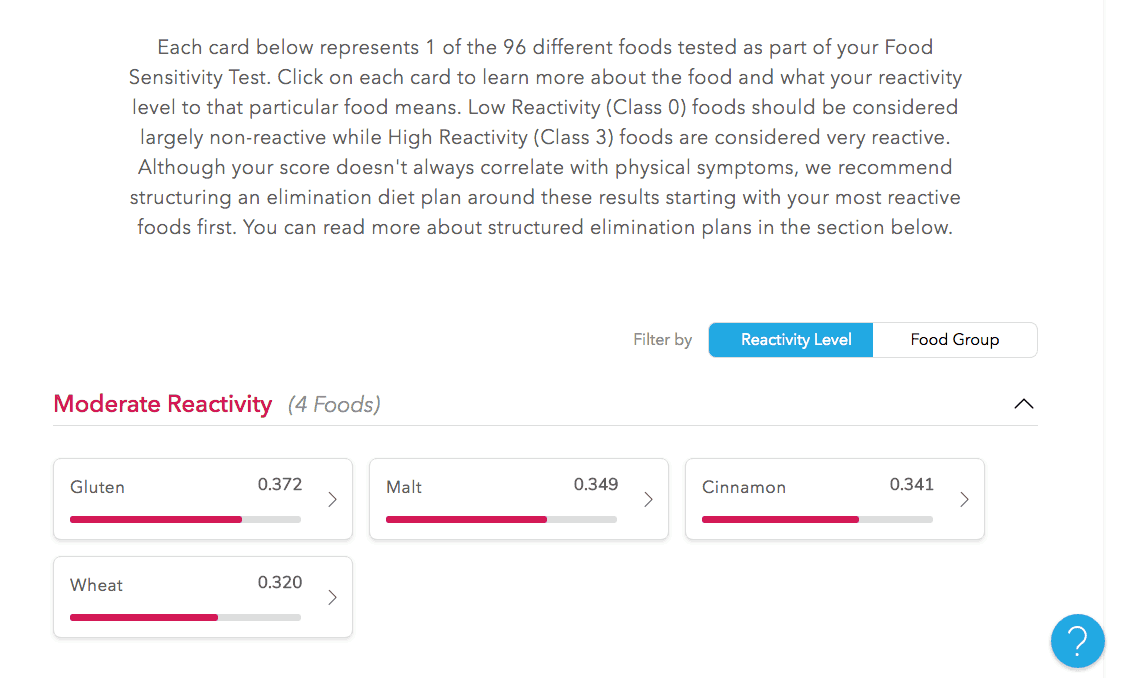 Next I found that I had 16 foods in the mild reactivity category. With the exception of cod fish, these are all foods I’ve regularly had in my diet. These foods are mushroom, ginger, bakers yeast, green peas, black pepper, cucumber, brown rice, soy bean, bran, honey, lemon, black tea, green bean, squash, codfish and eggplant. I was eating most of these in the weeks before my test so it wasn’t surprising that they registered.

Now, let’s fast forward a few weeks because I think it’s only fair to do a follow up. It’s very easy to take a food sensitivity test* and write off the answers. Personally, I’ve been gluten free once or twice before and it makes me wonder if I created my sensitivity to it. But with my current attempt to heal my teeth and hormones, I didn’t find ditching the gluten again hard at all.

As of now, I’m not sure what the full results of going gluten free have done for me. No crazy weight loss. My diet is a bit more balanced these days but that’s due to other things. And I haven’t seen any changes in my skin that are incredibly shocking. However, I’ve found the cinnamon result to be quite informative.

One of my most recent goals has been to stream line my diet from processed food as much as possible. Currently, my elimination diet involves no gluten, no wheat, no cinnamon, no soy, no refined sugar (I failed at this once or twice but it was a “no food protein bar option” scenario) and limiting my grains. I’ve added fish back into my diet a few times a week along with occasionally eating chicken or turkey. I’m super picky about the quality of my protein and always make sure it’s either wild caught or free range & added hormone free*.

In my attempt to clean up even the smallest aspects of my diet, I decided to switch protein powders. I’ve heard wonderful things about Tropeaka and placed an order to give it a try. I ordered several items: vanilla lean protein, alkalizing greens, powdered coconut water and acai powder. But I didn’t consider the cinnamon in the protein powder to be an option until I got it. And guys, I was SHOOK.

It’s fall. It’s pumpkin season. And we all know I’m trying to pretend we get seasons in Florida, so I’m all about the pumpkin spice life. But unless something changes, I think my cliche fall drink and I are on a break. I’m officially off the cinnamon. Because even though I love it, and I would put it on as many things as possible. IT DOESN’T LOVE ME. 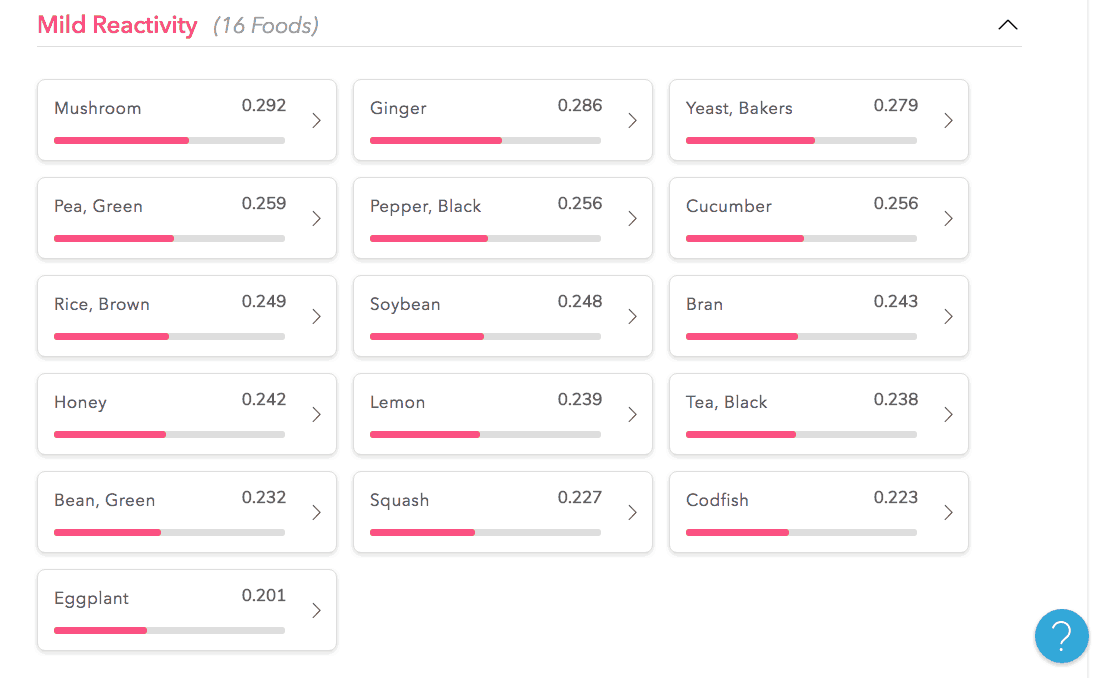 And I’m heart broken. But for real, there is no good substitute for cinnamon. And eventually, I’ll get over this but for now you’ll have to suffer with me.

So, how do I know that cinnamon and I need a break? Well, firstly my handy test told me so. But secondly, it makes me nauseous. For about a 3-4 days after I got my Tropeaka powders, I was using the vanilla lean protein in my daily smoothies. I thought I would get used to it eventually. The sweetness levels were different and my overall smoothie had a different taste.

But about day 3 I realized I was feeling nauseous post smoothie. Nothing crazy but it was enough that my stomach felt unsettled and I was reaching for something bland & my Zevia ginger ale* to calm the waves. Once I realized it was the cinnamon in my shake, I purchased a new powder and haven’t had problems since. Cinnamon, why you gotta be so mean?

Now dear reader, if you’re still here listening to my cinnamon rant, you may ask what’s next? Well thank you for asking, let me tell you!

If you’ve been following my youtube channel, you’ll know I’m rocking the elimination diet life. It was a little rough at first but I think we are getting there. I’m trying to change years of foods habits people. It’s gonna take some time. And if you aren’t following along, I’d love it if you’d joined the fam. Plus, you can find the original review there or just click here. Please and thank you! 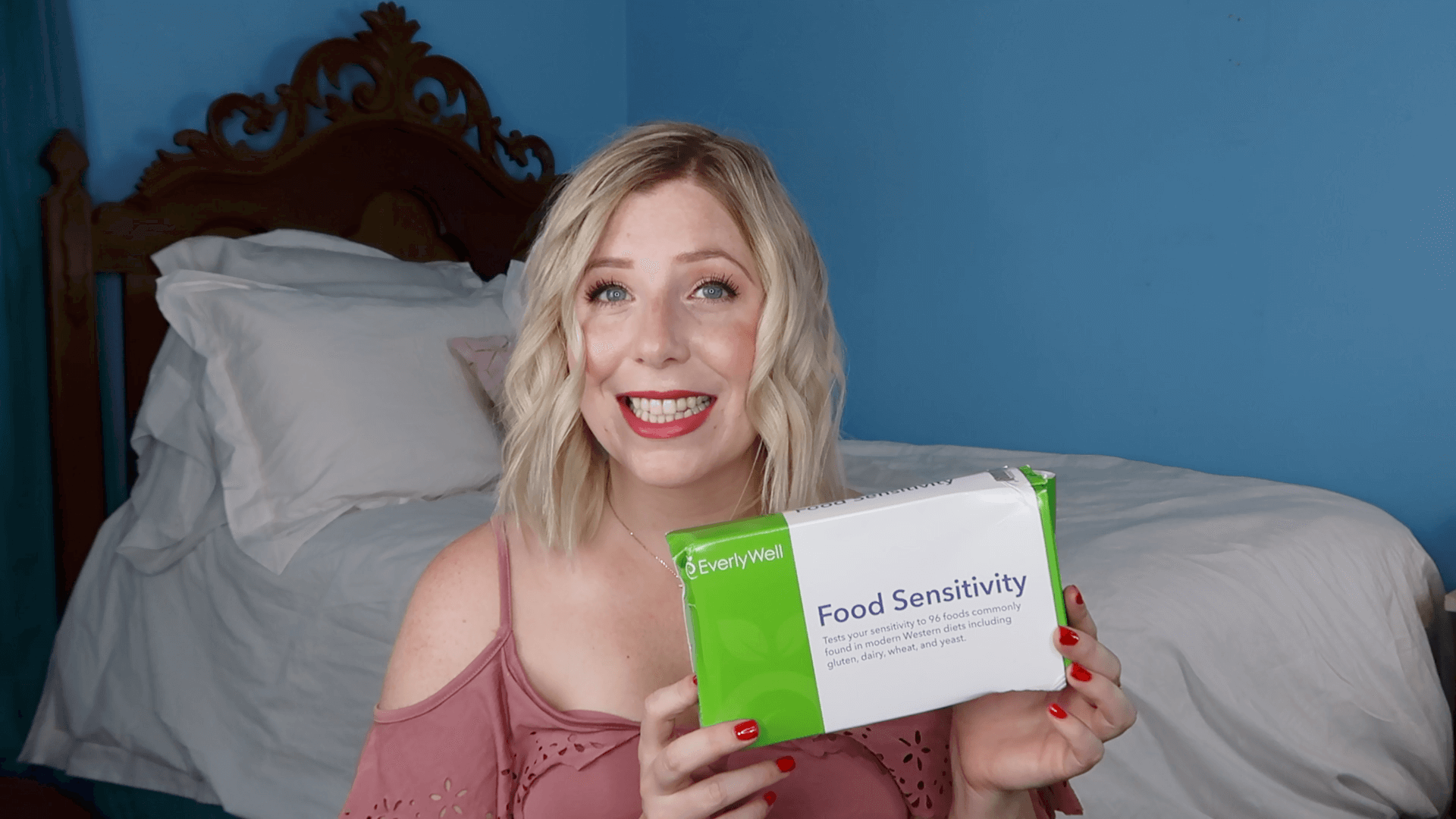 I’m going to maintain my elimination diet and leave out my 4 moderate reaction foods. As for the mild foods, I’ve not worrying about the few that are being cut out simply by other diet changes i.e. no grains means no rice and no bread means no yeast. But I may test the waters with the others one at a time. Though let’s be honest. If I have to give up lemon, ginger, honey or black tea, I’ll need a new soap box to go next to my cinnamon rant.

I guess the question now is would I do this all again? Absolutely. I’d be curious to see in a few months from now how I’d tested. Especially as I get my gut health in check, my body may change the way it absorbs foods. I’ve accepted my inner curiosity. And I’m all for being your own healthy advocate. I love learning everything I can about what’s going on in side of my body. So don’t be surprised if a year from now I’m taunting you with my updated results.